As I mentioned in my very first post, I didn’t truly find my faith until my late thirties. But that doesn’t mean it was a sudden epiphany.

Instead, it was gently tugging at me for years. Wondering, questioning, praying without a clear sense of why, wandering into churches on random Sundays but not returning, reading the “Great Thinkers” — these were all symptoms of the tugging of God.

But there was a stalwart barrier preventing me from letting God into my life.

I have not asked other late bloomers about this, but I know that my own journey to Christ was fraught with fears. Worldly fears, that is, because I didn’t understand that my significance was found in God, and God alone. 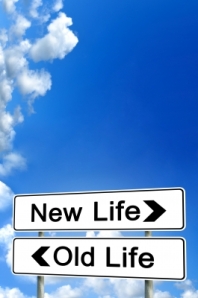 Here are the three primary fears that kept me from changing (my own unholy trinity):

Fear of having my intelligence questioned. We’ve all heard the stereotype that Christians are intellectually challenged because of what they believe. This speaks to the commonly held myth that religion and science are incompatible (but that’s a topic for another blog post).

Several years ago, I was close to someone who said that anyone who is a Christian must be “dumber than a box of rocks.” Because — at the time — I thought my sense of self-worth depended on this person’s approval of me, how could I tell him that I disagreed or that I was curious about Christianity?

I was reading Lee Strobel’s The Case for Christ when the “box of rocks” theory was professed. I was so intimidated by the prospect of being called stupid that I stopped reading it after completing only three chapters (thanks be to God that now I am reading it in its entirety without fear).

Looking back, maybe this person was right about the “box of rocks” theory, just not in the way he intended. God is my Rock, and I would never claim to be as intelligent as Him!

Fear of rejection. This is common for anyone going through a transformation of some sort. We feel that our family and friends have come to expect us to be a certain way, and that is part of the reason they love and accept us. If we change, will they still love us? Or will they reject us because we don’t fit their idea anymore of who we should be?

Remember how I stopped reading The Case for Christ because I was afraid of being called stupid? I didn’t stop there. I was so fearful of being rejected that instead, I began reading Richard Dawkin’s The God Delusion in order to fit a different mold.

I’m not saying we should never read an opposite perspective — it’s helpful and good for the brain to be aware of what others are thinking. But that’s not why I was reading Dawkin’s book. I was reading it out of fear.

Many years later, God taught me that the real delusion I had been harboring was the idea that I needed approval and acceptance from others in order to feel significant. The truth is that our real significance comes from God’s love for us. I also learned that family and friends who truly love a person will continue to love that person, even if they don’t agree with or understand the person’s newfound faith.

Fear of being called a hypocrite. As humans, we are quick to point fingers to the past as evidence that the way a person is now is a betrayal. “You used to be different.” “I remember when you (did or said something that undermines what you now believe).” “You’ve changed.”

It’s one thing to lie about who we are, but it’s quite another to sincerely mean something we say or do at one point in our lives and then grow and change over time into someone who wouldn’t say or do those things now.

And yet, when I found Christ and realized my life was dramatically changing, I feared being called a hypocrite for the inconsistencies that patterned my life over many years.

I think late bloomers are particularly vulnerable to this fear, because the more years you have behind you before finding your faith, the more surprising the transformation appears to others.

Here’s what the Holy Spirit has shown me: There’s no reason to be ashamed of the inconsistencies in your life, because they are part of your story. In fact, looking back at where you’ve been evokes praise and gratitude to God for where you are now.

If you’re a late bloomer, don’t deny where you’ve been. If you do, that would be hypocritical. Instead, embrace your past as part of your ministry to others.

This unholy trinity of fears kept me from changing for a long time. And so, if you’re feeling that tugging that I felt for many years but are afraid to risk changing, I encourage you to not be afraid. Instead, talk to people close to you who are Christian. Ask questions. Read. And most importantly, pray to God that you’d like to get to know Him better.

And then, be sure to listen.